We Are All Stardust: Part 6

THE NEXT MORNING I scoured the bathroom for any signs of Fatima’s murder.

Not that I thought there would be. Three years and another family between then and now meant the bathroom’s been cleaned a time or two. Still, you never know. Little things can get overlooked. I could get lucky.

I wasn’t. When my search came up empty-handed, I grabbed all my personal hygiene crap and took it to the guest bath. Gwen was already on the phone, getting estimates from local contractors. Time to gut the bathroom.

The first thing to go was the bathtub. I was ripping that sucker out tonight.

I got showered and ready for work with an unfamiliar spring in my step. It wasn’t that I was happy… God, no… but that I had an answer. I finally knew what was going on. It gave me energy. Motivation. I knew what I had to do and how I had to do it.

I glanced at myself in the mirror as I left for work. There was color in my cheeks and a zip in my step. Not that it mattered. Fatima gazed back at me. “I got this, Fatima,” I told her. “It’s what I do.”

Anyway, I was so on fire I even beat Will to work.

I grabbed a coffee and started pulling up everything I could on Fatima Zaidi.

At first, I came up empty handed. No Facebook, no Instagram, no Twitter, no nothing. For a moment I thought she might not had been online. Then I called myself an idiot. She was a Millennial. She’d been online. If she wasn’t online, it was because somebody deleted her. So I hit up the Wayback Machine. Nothing ever disappears on the internet. Sometimes it hides. But it doesn’t disappear.

Presto, chango. There she was. “Found you, Fatima,” I muttered out loud.

Three years ago, Fatima had an active social media life. Her past posts were mainly quotes and comments on the Quran or on pieces of art. She didn’t seem to have a lot of friends. Even Ezekiel wasn’t on her page, but that wasn’t surprising.

There was one girl who kept popping up. Her name was Naia Khan. Every girl has a bestie, even lonely, cloistered girls. Judging from her social media, I would say Fatima’s bestie was Naia Khan.

It was a strange match. Naia seemed to be Fatima’s polar opposite. Instead of a burqa, she wore jeans, expensive kicks, and trendy tops. If she hadn’t covered her hair, I might not have known she was Muslim. Next to Fatima, she looked positively secular.

I wondered how Fatima’s family felt about Naia.

I moseyed on over to Naia’s Facebook page… it was private, but that’s easy to get around. Turned out Naia went to school with Fatima and Ezekiel. That must be how they met. I went back a few years and found a few pictures of Naia and Fatima, but not as many as Fatima had of her. I was getting the sense the friendship was one-sided.

There were a ton of pictures of Ezekiel. Then there weren’t. Huh. Funny Ezekiel didn’t mention Naia. But then, he was still mourning.

I looked at Naia’s picture. She had a look to her. Something I couldn’t put my finger on but got my spidey senses all a-tingle. It was time for a talk. I pulled up her class schedule and headed over to campus.

On the way out I bumped into Will. “Sammy. You look better.”

“Thanks. Vitamin B. Does wonders.” I gave a wave as I hopped in my car before Will could say anything else. “Be back in a few.”

Ten minutes later, I was back on campus, leaning against a building and waiting for Naia to come out of class.

When she busted through the doors, she walked with purpose, her eyes down and face set. She marched past me and headed straight for the parking lot. I ran after her and cut her off at the crosswalk.

Rarely have I seen a look of undiluted hate as she gave me. “Back off, ICE. I’m a U. S. citizen.”

Whoa. So much for being friendly. I dropped the smile. “Sorry. Not ICE. I’m here because I heard you were a friend of Fatima Zaidi. My wife and I recently moved into the Zaidi’s old house, and we found Fatima’s diary. We were wondering if you could help us get it back to her.”

Her hateful look transitioned to a confused one. She studied me a moment, then shook her head. “Fatima? Fatima’s back in Pakistan. I don’t have her address, but you could give it to her brother. He’s always going over there.”

She moved to walk past me, but I blocked her. “Well, I would, but it seems personal… not the kind of thing I think she’d want her brother to see.” I gave the friendly smile one more try. “We’d rather send it to her directly.”

She sighed and shifted her backpack from one shoulder to another. “Let me guess… it’s about Zeke, isn’t it? All she thought about was Zeke, Zeke, Zeke.”

I nearly stepped back, the heat of her jealousy was so intense. “Zeke? No, but it did mention an Ezekiel… ”

“Ezekiel is Zeke.” She pursed her lips. “Fatima’s from a super observant family, you know? When she came here, she wasn’t super experienced, but that didn’t stop her from slutting out with someone totally off-limits.”

Slutting out? A girl that quotes Dante didn’t strike me as someone who “slutted out.” I frowned. “Why would Zeke be off limits?”

Naia looked up, down, to my right, to my left, everywhere but my eyes. “Well, he’s a Christian, you know? And American. I tried to tell her not to get involved, but she wouldn’t listen.” The hateful look came back. “It’s the reason she went back to Pakistan, you know? I hated that I had to be the one to tell her parents, but she was acting crazy, you know? Between you and me, I think she couldn’t handle it out here. Too much freedom.”

She narked to her fundamentalist friend’s parents? Okay. Bet I knew the reason. “Uh huh. So how long were you and Zeke together?”

Hate morphed to fear. Her jaw dropped. “I… I… it wasn’t like that, okay? It wasn’t like that. Stay away from me.” She marched around me, nearly wiping me out with her backpack. “Fatima’s been married off to some goat herder in Pakistan. Burn the diary. She doesn’t need it.”

I watched her march to the parking lot, then pulled out my phone and started googling.

Naia Khan had written her Master’s thesis on honor killings.

I got back to the office just in time for Tony’s call. He said nothing that I didn’t expect. Fatima Zaidi had come into the country with her family, and according to U.S. immigration, she was still here.

I was getting a headache.

I went back to Fatima’s Facebook page and started going through her pictures. One caught my eye. It had been taken in the house, in the dining room right in front of the sliding glass doors to the patio. Fatima stood by her mother, her father was in the middle, and her brother on the right. Fatima was the only one smiling.

“What am I not seeing?” I stared harder.

The dining room.. the same light fixture hung from the ceiling… the sliding glass doors… the backyard. Wait. I enlarged the picture. There was only grass in the backyard. Where was the concrete patio?

I pulled up the house’s original design. It had no separate patio specifications.

In every dream, she was always standing on the patio.

I can’t see the stars.

I smacked myself in the forehead. I’m an idiot.

I got on the phone with Home Depot about a jackhammer, then swung on my jacket. “Going to see someone about what’s going on with me,” I called to Will.

Will looked up. “I thought the vitamin B took care of it.”

“Eh, it’s never just one thing.” I raced out before there were any follow-ups. 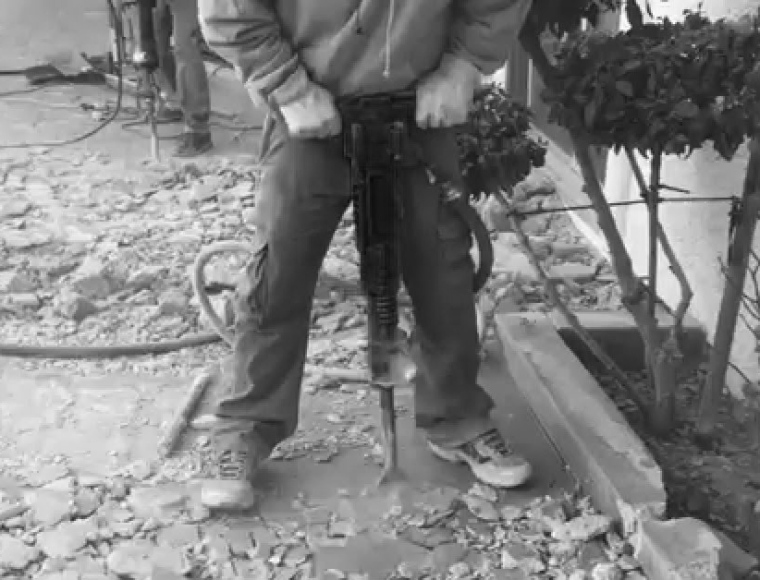 We Are All Stardust

We Are All Stardust: Part 1

We Are All Stardust : Part 2

We Are All Stardust: Part 3

We Are All Stardust: Part 4

We Are All Stardust: Part 5

We Are All Stardust: Part 7

We Are All Stardust: Part 8

Posted in Daily Posts, General, Short Stories, We Are All Stardust, Writing